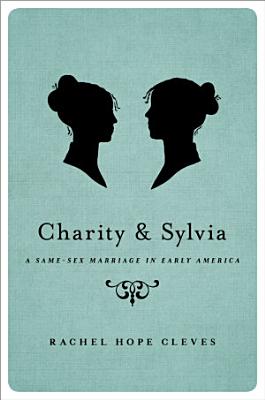 Explores the lives of Charity Bryant and Sylvia Drake, two ordinary middle-class women who serve as a window on historical constructs of marriage, gender, and sexuality in late 18th-century and early 19th-century America. Both were born in Massachusetts, but in different towns, 11 years apart. Charity's attachment to women was so blatant that after she turned 20, her father told her to leave the house. She worked as a schoolteacher, but was forced to leave jobs several times because of hurtful gossip about her relationships with other women. In early 1807, Charity moved to Vermont to stay with a friend, and there she met Sylvia. The two fell in love, set up housekeeping, and considered themselves married. Gradually, their family members and the residents of Weybridge did as well. Charity and Sylvia became integral to the community, attending church, running their tailor shop, and contributing to charitable endeavors. Most of all, Charity and Sylvia remained passionately committed to each other and refused to hide their relationship. An important work of history that resonates with one of today's most public debates.

Explores the lives of Charity Bryant and Sylvia Drake, two ordinary middle-class women who serve as a window on historical constructs of marriage, gender, and s

Charity and Sylvia is the intimate history of two ordinary women who lived in an extraordinary same-sex marriage during the early nineteenth century. Based on d

This book explores the history of marriage and marriage-like relationships across five continents from the seventeenth century to the present day. Across fourte

Stars in the Sky

Sylvia, daughter of the Duke of Belham, is bored with the various young men she meets at Lady Lamborne's masked ball. At last she escapes their attentions and m

For centuries, human history has been shaped by politics, power, and war - but what about love? Mark Antony's love for Cleopatra led to war between Rome and Egy

The Routledge History of Queer America

The Routledge History of Queer America presents the first comprehensive synthesis of the rapidly developing field of lesbian, gay, bisexual, transgender and que

The Game of Love in Georgian England

Courtship in Georgian England was a decisive moment in the life cycle, imagined as a tactical game, an invigorating sport, and a perilous journey across a turbu