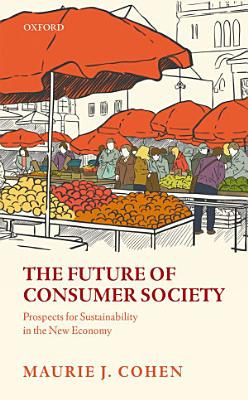 Consumer society in the United States and other countries is receding due to demographic ageing, rising income inequality, political paralysis, and resource scarcity. At the same time, steady jobs that compensate employees on a salaried or hourly basis are being replaced by freelancing and contingent work. The rise of the so-called sharing economy, the growth of do-it-yourself production, and the spreading popularity of economic localization are evidence that people are striving to find new ways to ensure livelihoods for themselves and their families in the face of profound change. Indications are that we are at the early stages of a transition away from a system of social organization predicated on consumerism. These developments have prompted some policy makers to suggest providing households with a non-labor source of income that would enable more adequate satisfaction of their basic needs. These proposals include a universal basic income, a citizen's dividend, and a legal framework for broad-based stock ownership in corporations. However, extreme political fractiousness makes it unlikely that these recommendations will receive prompt and widespread legislative endorsement in most countries. In the meantime, we seem to be moving incontrovertibly toward a twenty-first century version of feudalism. How might we chart a different path founded on social inclusiveness and economic security? A practicable option entails establishment of networks of interlinked worker-consumer cooperatives that organizationally unify production and consumer. Such modes of mutual assistance already exist and The Future of Consumer Society profiles several successful examples from around the world. If replicated and scaled, worker-consumer cooperatives could smooth the transition beyond consumer society and facilitate a future premised on sufficiency, resiliency, and well-being.

The Future of Consumer Society

Consumer society in the United States and other countries is receding due to demographic ageing, rising income inequality, political paralysis, and resource sca

The Consumer Society Reader features a range of key works on the nature and evolution of consumer society. Included here is much-discussed work by leading criti

Social Change and the Coming of Post-consumer Society

Consumer society is an unquestionably complex social construct. However, after decades of unremitting dominance there are signs emerging that it is starting to

The Production of Consumer Society

With a novel quality theory of consumption which treats opulence and self-restraint in consumption styles symmetrically, Ernst Mohr shows how social distance an

Consumer Society and Ecological Crisis advances a critique of consumer capitalism and its role in driving environmental degradation and climate crisis, placing

Water is not only used in the domestic context, but also in agriculture and industry in the production of commercial goods, from food to paper. The water footpr

Provides an overview of the many dimensions of consumer buying trends, focusing specifically on the context of economic, social, and political indicators, and d

Recent work has focused on the politics of consumption and its manifestation in a number of situations. This volume extends these debates, providing a tighter f

An interdisciplinary study of the nature of money and its impact on our economic, social, political, legal and spiritual lives.