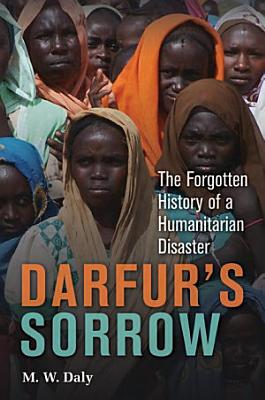 Darfur's Sorrow is the first general history of Darfur to be published in any language. The book surveys events from before the founding of the Fur sultanate in the sixteenth century through the rise and establishment of the Fur state and its incorporation into the Anglo-Egyptian Sudan in 1916. The narrative continues with detailed coverage of the brief but all-important colonial period (1916–1956) and Darfur's history as a neglected peripheral region since independence. The political, economic, environmental, and social factors that gave rise to the current humanitarian crisis are discussed in detail, as are the course of Darfur's rebellion, its brutal suppression by the Sudanese government, and the lawless brigands known as janjawid. The second edition of the book brings the story up to date and includes an analysis of attempts to save Darfur's embattled people and to bring an end to the fighting.

Darfur's Sorrow is the first general history of Darfur to be published in any language. The book surveys events from before the founding of the Fur sultanate in

Darfur is a vast region endowed with limited and unexplored natural resources, poor infrastructure, and lack of major development projects, and identifying its

Peace in the Balance

The ongoing crisis in Sudan is characteristic of the many challenges of nation-building on the African continent. Yet it has unique dynamics.

There are various opinions on the relevance of the United Nations concerning the authorisation of the use of force. Idealists demand UN authorisation for any ty

Sudan is an emerging destination for adventurous travelers, and this new Bradt guide illustrates why it is such a compelling country to visit in its own right.

Addresses the essential issues of the modern day in a collection of photographs by the world's most renowned photojournalists, accompanied by commentary by expe

The Oxford Companion to Comparative Politics

Fills a gap in scholarship on an increasingly important field within Political Science. Comparative Politics, the discipline devoted to the politics of other co

With a focus on Africa, this study examines three structurally interdependent conflict systems to highlight the complexities of transboundary and transregional