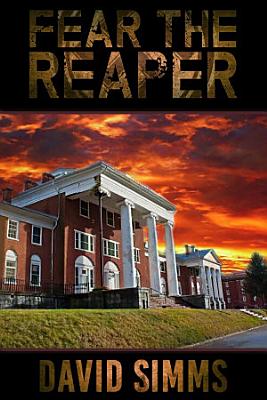 A psychologist unearths America’s darkest secret through the terrors of an asylum in 1933 Virginia, where the elite aim to eliminate millions of "unfit" citizens. The truths that have been erased from history come to life in this thriller about the nation's ugly and forgotten chapter. Still haunted by the death of this wife and son during childbirth, psychologist and WWI vet Samuel Taylor accepts a position at Western Valley Hospital. Superintendent Joseph Dejarnette leads the movement to purify humanity by exterminating anyone the Society, led by the kings of industry, deemed to be "defective" or "unfit". Sam discovers that his testing often condemns patients simply for being less than the new "American" ideal, yet he learns he cannot quit his job. Dejarnette desires Sam to be his right hand at the asylum but warns him that Sam’s deaf brother and new immigrant girlfriend have already been labeled as unfit by the new masterminds of eugenics. Sam begins to question his sanity as the mysteries of the area emerge from the shadows, compelling him to dig deeper into the horrors of the movement, realizing how complicit he is in the deaths around him. Experiments beyond his worst nightmares occur daily, as citizens from neighboring towns begin disappearing at a frightening rate. Sam devises a bold plan to escape and unleash the truth, but learns that Dejarnette’s tendrils reach into every major American city. The proof he ultimately uncovers may doom everyone he holds close while influencing the world's most heinous act in history.

A psychologist unearths America’s darkest secret through the terrors of an asylum in 1933 Virginia, where the elite aim to eliminate millions of "unfit" citiz

When a young woman is found dead in a field, dressed up as a scarecrow with a slashed grin and a broken neck, the residents of Salem, Massachusetts, begin to fe

An exciting new paranormal historical romance series set in post- Civil War America. When the War Between the States came to its end, the battle inside Isaiah J

This Special Edition alternate cover version of 'Fear the Reaper' is a unique crime thriller that crosses boundaries of other genres, including romance, tragedy

Lyrics to 200 of the most popular rock songs of all time, including: All Day and All of the Night * All Right Now * Angie * Another One Bites the Dust * Back in

Hunt the hunter and reap what you sow… The world didn't end in fire and explosions, instead after an intensifying panic of disease, food shortages, wild weath

The day Nick Ramsay’s eighth-grade teacher drops dead in his classroom, Nick sees his first reaper. When another cloaked figure appears at his grandmother’s