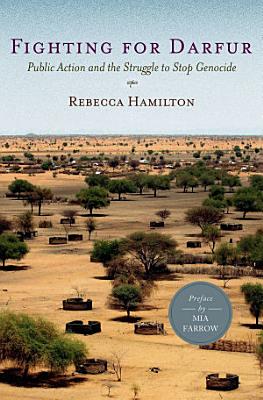 Around the world, millions of people have added their voices to protest marches and demonstrations because they believe that, together, they can make a difference. When we failed to stop the genocide in Rwanda in 1994, we promised to never let such a thing happen again. But nine years later, as news began to trickle out of killings in western Sudan, an area known as Darfur, the international community again faced the problem of how the United Nations and the United States government could respond to mass atrocity. Rebecca Hamilton passionately narrates the six-year grassroots campaign to draw global attention to the plight of Darfur's people. From college students who galvanized entire university campuses in the belief that their outcry could save millions of Darfuris still at risk, to celebrities such as Mia Farrow, who spurred politicians to act, to Steven Spielberg, who boycotted the 2008 Summer Olympics in Beijing, Hamilton details how advocacy for Darfur was an exuberant, multibillion-dollar effort. She then does what no one has done to date: she takes us into the corridors of power and the camps of Darfur, and reveals the impact of ordinary people's fierce determination to uphold the mantra of "never again." Fighting for Darfur weaves a gripping story that both dramatizes our moral dilemma and shows the promise and perils of citizen engagement in a new era of global compassion.

Around the world, millions of people have added their voices to protest marches and demonstrations because they believe that, together, they can make a differen

The truth about the Darfur genocide, and the struggle of its freedom fighters and people as told by one of this.

Darfur in the Shadows

Methodology. -- Recommendations. -- Renewed fighting and attacks on civilians. -- Other human rights violations. -- No accountability for past or current abuses

In mid-2004 the Darfur crisis in Western Sudan forced itself onto the center stage of world affairs. Arab Janjaweed militias, who support the Khartoum governmen

This book examines the continuing devastation in the Darfur region of Sudan, from the perspective of a multiplicity of conflicts of distinct types. The crisis r

Issues in Peace and Conflict Studies

"The Darfur conflict has changed radically in the past year and not for the better. While there are many fewer deaths than during the high period of fighting in

Praise for the 2005 Edition? ?A passionate and highly readable account of the current tragedy that combines intimate knowledge of the region's history, politics

China and Intervention at the Un Security Council