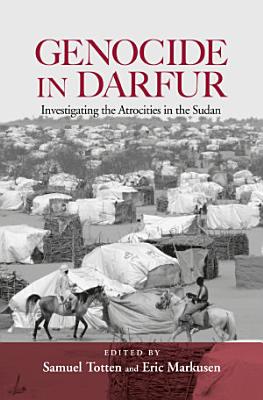 In response to the ongoing mass murder of Black Sudanese groups in the Darfur region of Sudan by Sudanese government troops and Arab militias, the US government sent the Darfur Atrocities Documentation Team to various points along the Chad/Sudan in order to interview refugees from Darfur. Based on their investigation, US Secretary of State Colin Powell formally announced that ‘genocide has occurred in Darfur and may still be occurring.’ The United States officially accused the government of Sudan of perpetrating genocide - the first time that any government has officially and publicly accused another government of genocide. As a result the United States played a key role in pressuring the United Nations Security Council to pass a resolution calling for several measures, including an official UN Commission of Inquiry to conduct a genocide investigation in Sudan itself. This was the first time that any signatory of the Genocide Convention actually triggered provisions of the Convention requiring a UN Security Council response while genocide was occurring. This book is comprised of essays from contributors who were involved in designing the project and hiring and training investigators, interpreters, and support personnel; US government and nongovernmental organization (NGO) officials involved in the genesis of the project as well as the analysis of the data; and numerous scholars, not all of whom were directly involved with the project, who critique aspects of the documentation project as well as its significance.

In response to the ongoing mass murder of Black Sudanese groups in the Darfur region of Sudan by Sudanese government troops and Arab militias, the US government

This important reference work offers students a comprehensive overview of the Darfur Genocide, with roughly 100 in-depth articles by leading scholars on an arra

Praise for the 2005 Edition? ?A passionate and highly readable account of the current tragedy that combines intimate knowledge of the region's history, politics

In mid-2004 the Darfur crisis in Western Sudan forced itself onto the center stage of world affairs. Arab Janjaweed militias, who support the Khartoum governmen

Accessing Darfur; A Teacher’s Guide to Addressing the Ongoing Genocide in Sudan

The truth about the Darfur genocide, and the struggle of its freedom fighters and people as told by one of this.

Not on Our Watch

An Academy Award-nominated actor and a renowned human rights activist team up to change the tragic course of history in the Sudan -- with readers' help. While D