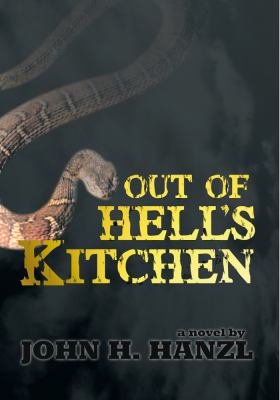 You don't know what hell is until you try to get out of it... The moment Luke Hawthorn slid open the window to his bedroom and dropped into the alley behind his uncle's building in Manhattan, the course of his life changed forever. He just didn't know it yet. Six months earlier and 5,500 kilometers away, a new drug called Rave-N stole the life of a friend. Days later, Luke's London home was consumed by a fire that also claimed the life of his mother. Then an uncle he'd never known appeared at his mother's funeral and offered Luke a home in New York City-in Hell's Kitchen. Things are not what they seem in Hell's Kitchen. As Luke's friends in London start to disappear, he begins overhearing bits of cryptic conversation from his secretive uncle. Compelled to find out more, Luke embarks on an investigation that spirals his world into an ever-widening hell that will consume friends and enemies alike. "John Hanzl's writing style and story are similar in some ways to Robert Ludlum's earlier novels?a definite plus. John has an exciting style which draws you in and keeps you turning the pages." ? Kaye Trout, Midwest Book Review "Mr. Hanzl does an excellent job of weaving several subplots around the main plot for a fast-paced, page-turning journey with characters who come to life almost immediately." - Writer'sDigest