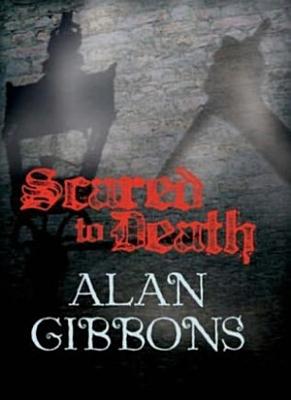 Late one night after a strange tube journey to Whitechapel in East London, Paul makes a new friend, John Redman - daring and enigmatic, just as Paul longs to be, away from his cloying mother (his only family - so he thinks). Redman charms Paul at once, but also a girl called Jude they meet on a night about town. A few days later, Paul learns that Jude has mysteriously died, and Redman has disappeared. Shortly after that, one of Paul's teacher dies suddenly - frightened to death - near where Jude's body was found. A link for sure. And Paul feels implicated, because both victims were known to him. He senses Redman, who comes and goes as it suits him, is involved as well. His new friend is dangerous. But so, we learn, is Paul. In uncovering the truth about Redman he learns shocking facts about himself. There's an evil curse loose in his family and Paul is the latest inheritor. The spree of death - camouflagued as copycat Jack the Ripper-style murders - will continue until Paul confronts the demon in himself head on.

Late one night after a strange tube journey to Whitechapel in East London, Paul makes a new friend, John Redman - daring and enigmatic, just as Paul longs to be

Aidan has it all - a happy home in leafy suburbia with two cars parked on the drive, and all a boy could ask for in terms of designer labels and gadgets. He's t

Gary was flicking beany gunge on my flawless new Ellesse top - I was yelling at him. What a pillock! Mum was dead, well - fatally injured - she died later in ho

Winner of the Angus Book Award, THE EDGE is crackly with tension. How will this mother and son escape their abuser and start a new life? We've got to go. Now. I

Winner of the Blue Peter Book Award, The Dark Beneath tells the chilling tale of how one girl's friendship with three refugees could cost her life. 'Today I sho

When Paul journies back to 17th-century London, he expects to be thrown into a life or death struggle for the three gates that imprison the ancient King Lud. Bu

Having once risked everything precious to him to halt King Lud's progress from the ancient bowels of London to the city's modern streets, teenage Paul Rector kn

The Rough Diamonds are a close knit team. Kev McGovern, their captain, makes sure they work hard and play hard. When Kev's best mate, Jamie's world is wrecked b

John and Gerry have always been friends, brought together by their passion for football. Then Gerry's dad loses his job and everything turns sour. The two boys

The Rough Diamonds are a close knit team. Kev McGovern, their captain, makes sure they work hard and play hard. Kev has lived total football and worked the Roug