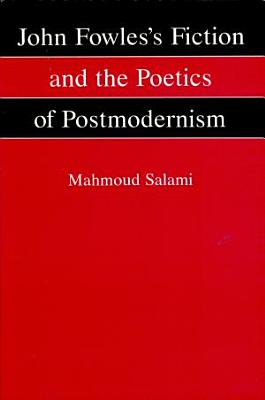 This book presents a deconstructive reading of the novels and short stories of John Fowles. As a contemporary novelist, Fowles began as a modernist self-consciously aware of the various narratological problems that he encountered throughout his writings. In his most recent novel, A Maggot, however, he assumes the role of the postmodernist who not only subverts the tradition of narratology, but also poses a series of problems concerning history and politics. Throughout this study, Mahmoud Salami attempts to locate Fowles's fiction in the context of modern critical theory and narrative poetics. He provides a lively analysis of the ways in which Fowles deliberately deployed realistic historical narrative in order to subvert them from within the very conventions they seek to transgress, and he examines these subversive techniques and the challenges they pose to the tradition of narratology. Salami presents, for instance, a critique of the self-conscious narrative of the diary form in The Collector, the intertextual relations of the multiplicity of voices, the problems of subjectivity, the reader's position, the politics of seduction, ideology, and history in The Magus and The French Lieutenant's Woman. The book also analyzes the ways in which Fowles uses and abuses the short-story genre, in which enigmas remain enigmatic and the author disappears to leave the characters free to construct their own texts. Salami centers, for example, on A Maggot, which embodies the postmodernist technique of dialogical narrative, the problem of narrativization of history, and the explicitly political critique of both past and present in terms of social and religious dissent. These political questions are also echoed in Fowles's nonfictional book The Aristos, in which he strongly rejects the totalization of narratives and the materialization of society. Indeed, Fowles emerges as a postmodernist novelist committed to the underprivileged, to social democracy, and to literary pluralism. This study clearly illustrates the fact that Fowles is a poststructuralist--let alone a postmodernist--in many ways: in his treatment of narratives, in mixing history with narrative fiction and philosophy, and in his appeal for freedom and for social and literary pluralism. It significantly contributes to a better understanding of Fowles's problematical narratives, which can only be properly understood if treated within the fields of modern critical theory, narratology, and the poetics of postmodernism.

John Fowles's Fiction and the Poetics of Postmodernism

This book presents a deconstructive reading of the novels and short stories of John Fowles. As a contemporary novelist, Fowles began as a modernist self-conscio

The Fictions of John Fowles

This incisive and skillfully articulated study explores the complex power relationships in John Fowles's fictions, particularly his handling of the pivotal subj

In this volume, a collector, a translator and a handful of scholars pay tribute to John Fowles, one of the most important voices in English fiction after World

Interpretation and Analysis of John Fowles's Postmodern Novel "The Magus"

John Fowles wrote five compelling stories later made into motion pictures. This book examines for the first time the film and video adaptations of these stories

This vibrant collection of original essays sheds new light on all of Fowles' writings, with a special focus on The French Lieutenant's Woman as the most widely

Ecocriticism is the emerging academic field which explores nature writing and ecological themes in all literature. Thomas M. Wilson’s book is the first to con

This Encyclopedia offers an indispensable reference guide to twentieth-century fiction in the English-language. With nearly 500 contributors and over one millio

This second edition of Historical Dictionary of Postmodernist Literature and Theater contains a chronology, an introduction, and a bibliography. The dictionary

The A to Z of Postmodernist Literature and Theater

Postmodernist literature embraces a wide range of forms and perspectives, including texts that are primarily self-reflexive; texts that use pastiche, burlesque,