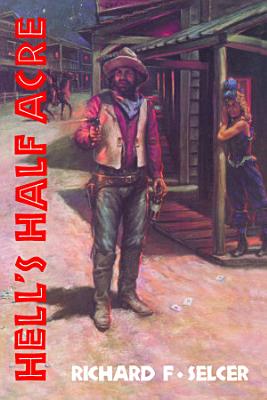 Texas is a place where legends are made, die, and are revived. Fort Worth, Texas, claims its own legend - Hell's Half Acre - a wild 'n' woolly accumulation of bordellos, cribs, dance houses, and gambling parlors. Tenderloin districts were a fact of life in every major town in the American West, but Hell's Half Acre - its myth and its reality - can be said to be a microcosm of them all. The most famous and infamous westerners visited the Acre: Timothy ("Longhair Jim") Courtright, Luke Short, Bat Masterson, Wyatt Earp, Doc Holliday, Sam Bass, Mary Porter, Etta Place, along with Butch Cassidy and his Wild Bunch, and many more. For civic leaders and reformers, the Acre presented a dilemma - the very establishments they sought to close down or regulate were major contributors to the local economy. Controversial in its heyday and receiving new attention by such movies as Lonesome Dove, Hell's Half Acre remains the subject of debate among historians and researchers today. Richard Selcer successfully separates fact from fiction, myth from reality, in this vibrant study of the men and women of Cowtown's notorious Acre.