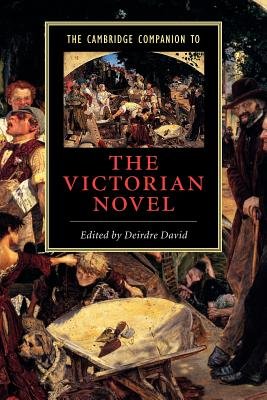 In The Cambridge Companion to the Victorian Novel, first published in 2000, a series of specially-commissioned essays examine the work of Charles Dickens, the Brontës, George Eliot and other canonical writers, as well as that of such writers as Olive Schreiner, Wilkie Collins and H. Rider Haggard, whose work has recently attracted new attention from scholars and students. The collection combines the literary study of the novel as a form with analysis of the material aspects of its readership and production, and a series of thematic and contextual perspectives that examine Victorian fiction in the light of social and cultural concerns relevant both to the period itself and to the direction of current literary and cultural studies. Contributors engage with topics such as industrial culture, religion and science and the broader issues of the politics of gender, sexuality and race. The Companion includes a chronology and a comprehensive guide to further reading.

The Cambridge Companion to the Victorian Novel

In The Cambridge Companion to the Victorian Novel, first published in 2000, a series of specially-commissioned essays examine the work of Charles Dickens, the B

Genres of Modernity maps the conjunctures of critical theory and literary production in contemporary India. The volume situates a sample of representative novel

This volume offers a unique contribution to both postcolonial studies and Austen scholarship by: * examining the texts to illumine nineteenth century attitudes

Until now, Eugene O'Neill's psychological dramas have been analyzed mainly by critics who relied on obvious parallels between O'Neill's life, his family, and hi

Women in the Eighteenth Century

This anthology gathers together various texts by and about women, ranging from `conduct' manuals to pamphlets on prostitution, from medical texts to critical de

The Domestication of Genius

This is a book about the biographical afterlives of the Romantic poets and the creation of literary biography as a popular form. It focuses on the Lives of six