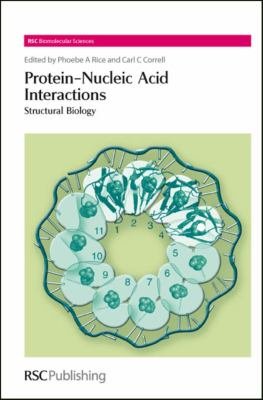 The structural biology of protein-nucleic acid interactions is in some ways a mature field and in others in its infancy. High-resolution structures of protein-DNA complexes have been studied since the mid 1980s and a vast array of such structures has now been determined, but surprising and novel structures still appear quite frequently. High-resolution structures of protein-RNA complexes were relatively rare until the last decade. Propelled by advances in technology as well as the realization of RNA's importance to biology, the number of example structures has ballooned in recent years. New insights are now being gained from comparative studies only recently made possible due to the size of the database, as well as from careful biochemical and biophysical studies. As a result of the explosion of research in this area, it is no longer possible to write a comprehensive review. Instead, current review articles tend to focus on particular subtopics of interest. This makes it difficult for newcomers to the field to attain a solid understanding of the basics. One goal of this book is therefore to provide in-depth discussions of the fundamental principles of protein-nucleic acid interactions as well as to illustrate those fundamentals with up-to-date and fascinating examples for those who already possess some familiarity with the field. The book also aims to bridge the gap between the DNA- and the RNA- views of nucleic acid - protein recognition, which are often treated as separate fields. However, this is a false dichotomy because protein - DNA and protein - RNA interactions share many general principles. This book therefore includes relevant examples from both sides, and frames discussions of the fundamentals in terms that are relevant to both. The monograph approaches the study of protein-nucleic acid interactions in two distinctive ways. First, DNA-protein and RNA-protein interactions are presented together. Second, the first half of the book develops the principles of protein-nucleic acid recognition, whereas the second half applies these to more specialized topics. Both halves are illustrated with important real life examples. The first half of the book develops fundamental principles necessary to understand function. An introductory chapter by the editors reviews the basics of nucleic acid structure. Jen-Jacobsen and Jacobsen discuss how solvent interactions play an important role in recognition, illustrated with extensive thermodynamic data on restriction enzymes. Marmorstein and Hong introduce the zoology of the DNA binding domains found in transcription factors, and describe the combinational recognition strategies used by many multiprotein eukaryotic complexes. Two chapters discuss indirect readout of DNA sequence in detail: Berman and Lawson explain the basic principles and illustrate them with in-depth studies of CAP, while in their chapter on DNA bending and compaction Johnson, Stella and Heiss highlight the intrinsic connections between DNA bending and indirect readout. Horvath lays out the fundamentals of protein recognition of single stranded DNA and single stranded RNA, and describes how they apply in a detailed analysis of telomere end binding proteins. Nucleic acids adopt more complex structures - Lilley describes the conformational properties of helical junctions, and how proteins recognize and cleave them. Because RNA readily folds due to the stabilizing role of its 2'-hydroxyl groups, Li discusses how proteins recognize different RNA folds, which include duplex RNA. With the fundamentals laid out, discussion turns to more specialized examples taken from important aspects of nucleic acid metabolism. Schroeder discusses how proteins chaperone RNA by rearranging its structure into a functional form. Berger and Dong discuss how topoisomerases alter the topology of DNA and relieve the superhelical tension introduced by other processes such as replication and transcription. Dyda and Hickman show how DNA transposes mediate genetic mobility and Van Duyne discusses how site-specific recombinases "cut" and "paste" DNA. Horton presents a comprehensive review of the structural families and chemical mechanisms of DNA nucleases, whereas Li in her discussion of RNA-protein recognition also covers RNA nucleases. Lastly, FerrÚ-D'AmarÚ shows how proteins recognize and modify RNA transcripts at specific sites. The book also emphasises the impact of structural biology on understanding how proteins interact with nucleic acids and it is intended for advanced students and established scientists wishing to broaden their horizons.

The structural biology of protein-nucleic acid interactions is in some ways a mature field and in others in its infancy. High-resolution structures of protein-D

The study of protein-nucleic acid interactions is currently one of the most rapidly growing areas of molecular biology. DNA binding proteins are at the very hea

This volume consolidates the key methods for studying ligand-nucleic acid interactions into a convenient source. Techniques that are examined range from biophys

In this 1993 text, Nobel Prize winner Professor Steitz reviews the wide-ranging research in structural studies of DNA-binding proteins and their complexes with

This book covers trends in modern biotechnology. All aspects of this interdisciplinary technology, where knowledge, methods and expertise are required from chem

Published continuously since 1944, the Advances in Protein Chemistry and Structural Biology serial has been a continuous, essential resource for protein chemist