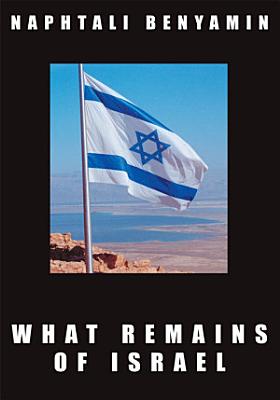 What Remains of Israel is a story about people. Naphtali Benyamin takes a candid look, beyond the nearly daily headlines of terror, into the lives of Israelis from several walks of life. Through the stories of both Jews and Arabs, the impact of the second intifada and its implications for peace in Israel are described in vivid terms. What Remains of Israel touches on the human aspect of a people besieged by the most evil form of terror. It tells their stores, their courage, but, above all, it tells of their hope and their desire for peace. Naphtali Benyamin explains Israel as few have. He argues Jerusalem's place in Islam, questioning its status in classical Islamic history. He explains how the government of Israel is structured and the social tension among Israel's religious, secular and Arab citizens; he examines the intentions of Hamas and presents an example of its negotiating strategy. His work is a careful analysis to describe what remains of Israel. What he found is enlightening.

What Remains of Israel

What Remains of Israel is a story about people. Naphtali Benyamin takes a candid look, beyond the nearly daily headlines of terror, into the lives of Israelis f

The Jews of Spain

The history of the Jews of Spain is a remarkable story that begins in the remote past and continues today. For more than a thousand years, Sepharad (the Hebrew

The Life and Economics of David Ricardo

John P. Henderson's The Life and Economics of David Ricardo represents the first comprehensive personal and intellectual biography of the brilliant and influent

An Alternative Path to Modernity

Sephardi and Mizrahi Jews in America

Sephardi and Mizrahi Jews in America includes academics, artists, writers, and civic and religious leaders who contributed chapters focusing on the Sephardi and

A critical analysis of the elements of corporate character in three modern armies, this study challenges traditional thinking about the nature and future of mod

The Jews in the World of the Renaissance

First Published in 2000. Routledge is an imprint of Taylor & Francis, an informa company.