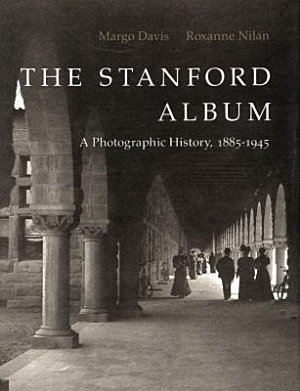 The Stanford Album brings together some 600 photographs, largely unpublished, and an interpretive text to tell the story of the community life of Stanford University from the University's creation in 1885 through the Second World War. It is a fitting coincident that at the same time Stanford is celebrating its Centennial Years (1985-91), the art of photography has reached its own anniversary of 150 years since the birth of the daguerreotype. The founders of the university, Jane and Leland Stanford, sat for their wedding portraits in 1850, and these daguerreotypes were just the beginning of the Stanfords' fascination with patronage of the new art form. Leland Stanford's perception of the value of the camera as a medium of documentation resulted in a superb pictorial record of the planning, construction, and dedication of the university, some of which is reproduced in The Stanford Album. By the turn of the century, technical advances in photography made possible the small, handheld camera, and at Stanford the "snapshot" image of campus life began to proliferate. Commercial photographers mainly concentrated on athletic events, drama productions, student parades, and other campus rituals; students who owned cameras intruded everywhere with the mysterious little boxes--into dormitories, fraternities and sororities, classrooms, dances, picnics, and beer busts. The book revisits a bygone Stanford. Through the magic of the cmeara lens, a vanished world of college life comes alive again, and we can see the community that existed yesterday under the same arcades where those at Stanford today study, work, and stroll.

The Stanford Album brings together some 600 photographs, largely unpublished, and an interpretive text to tell the story of the community life of Stanford Unive

Provides a look at Stanford University from the students' viewpoint.

Stanford in Turmoil is a rare insider's look at one school's experience of dramatic political unrest during the late 1960s and early 1970s. It provides a unique

Based on the archives of the Avery Architectural Library of Columbia University and the New York Historical Society, this refreshing portrait of one of America'

With the many additions to the campus of Stanford University since the publication of our book, including the Frances Arrillaga Alumni Center by Hoover Associat

Between 1970 and 2000, Stanford University enabled and supported an interdisciplinary community of organizations training, research, and theory building. This t

Who Killed Jane Stanford?: A Gilded Age Tale of Murder, Deceit, Spirits and the Birth of a University

A premier historian penetrates the fog of corruption and cover-up still surrounding the murder of a Stanford University founder to establish who did it, how, an