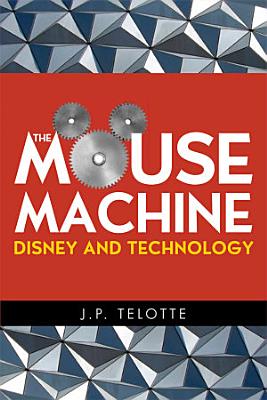 Throughout Disney's phenomenally successful run in the entertainment industry, the company has negotiated the use of cutting-edge film and media technologies that, J. P. Telotte argues, have proven fundamental to the company's identity. Disney's technological developments include the use of stereophonic surround sound for Fantasia, experimentation with wide-screen technology, inaugural adoption of three-strip Technicolor film, and early efforts at fostering depth in the animated image. Telotte also chronicles Disney's partnership with television, development of the theme park, and depiction of technology in science fiction narratives. An in-depth discussion of Disney's shift into digital filmmaking with its Pixar partnership and an emphasis on digital special effects in live-action films, such as the Pirates of the Caribbean series, also highlight the studio's historical investment in technology. By exploring the technological context for Disney creations throughout its history, The Mouse Machine illuminates Disney's extraordinary growth into one of the largest and most influential media and entertainment companies in the world. Hardback is unjacketed.

Throughout Disney's phenomenally successful run in the entertainment industry, the company has negotiated the use of cutting-edge film and media technologies th

Anyone who needs information about computer systems for small or home businesses will find The Small Business Computer Guide to be an invaluable, thorough revie

The Mouse That Snored

When Humboldt Yolo Stanislaus IV, a young recent graduate of Fool's Gold Community College, stumbles across a mysterious bottle on a Bermuda beach that contains

"Tails" From The Mouse's Kitchen

A novel of the culinary business, the ups and downs but also how fun the journey is.

Commodity Classification Under the Harmonized System

InfoWorld is targeted to Senior IT professionals. Content is segmented into Channels and Topic Centers. InfoWorld also celebrates people, companies, and project

To create a great video game, you must start with a solid game design: A well-designed game is easier to build, more entertaining, and has a better chance of su