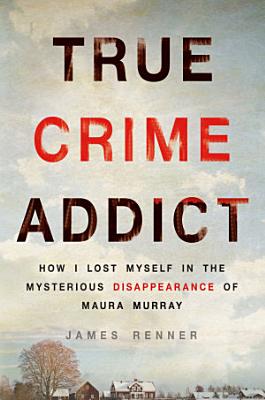 As seen on the Oxygen mini-series The Disappearance of Maura Murray When an eleven year old James Renner fell in love with Amy Mihaljevic, the missing girl seen on posters all over his neighborhood, it was the beginning of a lifelong obsession with true crime. That obsession leads James to a successful career as an investigative journalist. It also gave him PTSD. In 2011, James began researching the strange disappearance of Maura Murray, a UMass student who went missing after wrecking her car in rural New Hampshire in 2004. Over the course of his investigation, he uncovers numerous important and shocking new clues about what may have happened to Maura, but also finds himself in increasingly dangerous situations with little regard for his own well-being. As his quest to find Maura deepens, the case starts taking a toll on his personal life, which begins to spiral out of control. The result is an absorbing dual investigation of the complicated story of the All-American girl who went missing and James's own equally complicated true crime addiction. James Renner's True Crime Addict is the story of his spellbinding investigation of the missing person's case of Maura Murray, which has taken on a life of its own for armchair sleuths across the web. In the spirit of David Fincher's Zodiac, it is a fascinating look at a case that has eluded authorities and one man's obsessive quest for the answers.

As seen on the Oxygen mini-series The Disappearance of Maura Murray When an eleven year old James Renner fell in love with Amy Mihaljevic, the missing girl seen

True Crime Parallels to the Mysteries of Agatha Christie

Outsold only by the Bible and Shakespeare, the works of Agatha Christie stand as some of the most celebrated crime fiction of our era. This book takes ten of he

This carefully edited collection has been designed and formatted to the highest digital standards and adjusted for readability on all devices. Table of contents

Eastern North Carolina is a land of contrasts, and its crime stories bear this out. A lovelorn war hero or a stalker? Conniving wife or consummate homemaker? Mu

From a murderous mother to a famous actor accused of killing his wife in cold blood, gripping true crime exposés from an award-winning journalist. Mother’s D