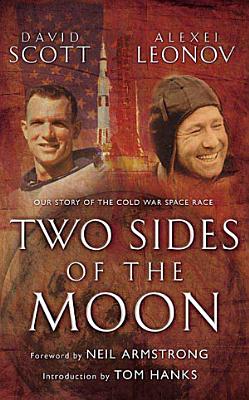 Growing up on either side of the Iron Curtain, David Scott and Alexei Leonov experienced very different childhoods but shared the same dream to fly. Excelling in every area of mental and physical agility, Scott and Leonov became elite fighter pilots and were chosen by their countries' burgeoning space programs to take part in the greatest technological race ever-to land a man on the moon. In this unique dual autobiography, astronaut Scott and cosmonaut Leonov recount their exceptional lives and careers spent on the cutting edge of science and space exploration. With each mission fraught with perilous risks, and each space program touched by tragedy, these parallel tales of adventure and heroism read like a modern-day thriller. Cutting fast between their differing recollections, this book reveals, in a very personal way, the drama of one of the most ambitious contests ever embarked on by man, set against the conflict that once held the world in suspense: the clash between Russian communism and Western democracy. Before training to be the USSR's first man on the moon, Leonov became the first man to walk in space. It was a feat that won him a place in history but almost cost him his life. A year later, in 1966, Gemini 8, with David Scott and Neil Armstrong aboard, tumbled out of control across space. Surviving against dramatic odds-a split-second decision by pilot Armstrong saved their lives-they both went on to fly their own lunar missions: Armstrong to command Apollo 11 and become the first man to walk on the moon, and Scott to perform an EVA during the Apollo 9 mission and command the most complex expedition in the history of exploration, Apollo 15. Spending three days on the moon, Scott became the seventh man to walk on its breathtaking surface. Marking a new age of USA/USSR cooperation, the Apollo-Soyuz Test Project brought Scott and Leonov together, finally ending the Cold War silence and building a friendship that would last for decades. Their courage, passion for exploration, and determination to push themselves to the limit emerge in these memoirs not only through their triumphs but also through their perseverance in times of extraordinary difficulty and danger.

Two Sides of the Moon

Growing up on either side of the Iron Curtain, David Scott and Alexei Leonov experienced very different childhoods but shared the same dream to fly. Excelling i

The Far Side of the Moon

Dark Side of the Moon

For a very brief moment during the 1960s, America was moonstruck. Every boy dreamed of being an astronaut; every girl dreamed of marrying one. But despite the b

The 100 Most Outrageous Hoaxes and Mistakes

Scientific breakthroughs are often regarded with suspicion, especially those that diverge substantially from established theories. New ideas are tested by scien

The Origin and Evolution of the Solar System

The origin of the solar system has been a matter of speculation for many centuries, and since the time of Newton it has been possible to apply scientific princi

From the start, the Soviet human space program had an identity crisis. Were cosmonauts heroic pilots steering their craft through the dangers of space, or were

To Touch the Face of God

Oliver's study is rigorous and detailed but contemplative in its approach, examining the larger meanings of mankind's first adventures in "the heavens."

Two Sides of the Coin

"Writing is the soul trying to free itself in silence." A couple trying to survive in the world with what they have but realizing they might not succeed. A boy