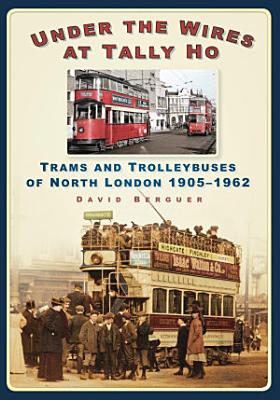 Today pollution-free transport is high on the political agenda yet it is sometimes forgotten that electric vehicles ran on the streets of London from the early 1900s until 1962. This book tells the story of that period and describes both the vehicles themselves and the effect they had on the development of the suburbs. Local historian David Berguer has endeavoured to paint a picture of what life was like in the capital during this golden age, travelling and working on the trams and trolleybuses, and includes material based on newspaper reports, council and official minutes and oral histories from those involved. With many previously unpublished photographs and detail on the vehicles and routes themselves, there is even a chapter on the colourful pirate buses which competed against trams in the 1920s. Full of local interest and insights into daily life on north London trams and trolleybuses, this celebration of the glory days of electric street traction in the suburbs of North London is bound to capture the imagination of both transport and local historians alike.

Under the Wires at Tally Ho

Determined to take on the Nazis, Texan Bill Ash joined the Royal Canadian Air Force in 1939 and in so doing sacrificed his citizenship. Before long, he was sent

In this memoir, Kathryn Hulme, a United Nations relief officer in Bavaria from 1945 until 1951, records the daily life, hopes and struggles of over 100,000 Disp

Baily's Magazine of Sports and Pastimes

Baily's Magazine of Sports and Pastimes