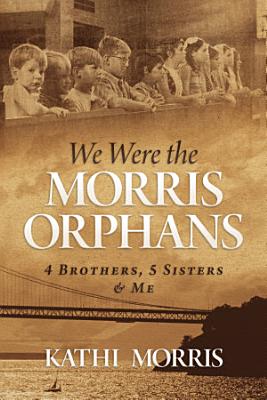 “They’re not dead, are they?” The officer’s body visibly slumped as he delivered his final nod. From that July day in 1968 on, the Morris family became the Morris orphans: ten children who attracted nationwide attention, and a trust fund that didn’t bring out the best in those who fostered them. Kathi, the oldest, was only seventeen when her parents were killed by a drunk driver. This is her story—behind the headlines—of when the Morris orphans only had their mutual loss and each other.

We Were the Morris Orphans

“They’re not dead, are they?” The officer’s body visibly slumped as he delivered his final nod. From that July day in 1968 on, the Morris family became

Apologies and the Legacy of Abuse of Children in 'Care'

This book positions inquiries into the historical abuse of children in care within the context of transitional justice. It examines investigation, apology and r

There is a dark history in southwest Ohio that some people would much rather forget. A riot tore through downtown Cincinnati in 1884, a fire burned relentlessly

The first Korean adoptees were powerful symbols of American superiority in the Cold War; as Korean adoption continued, adoptees' visibility as Asians faded as t

We Were the All-American Girls

Here are 42 interviews with women who competed in the All-American Girls Professional Baseball League. Each interview features data about the player, a short su

History of the Cherokee Indians and Their Legends and Folk Lore

A history of the Cherokee Indians, from conjectures about their possible origin of these peoples, to events in the early 1900s.